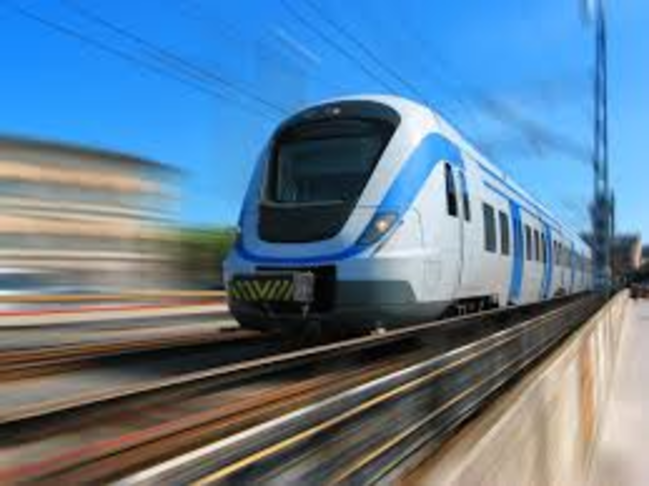 I think traffic is getting worse everyday and it is time for Malta to upgrade its public transports system. We need a railway or underground system and I believe there needs to be a proper study with the aim to reach this important milestone as it would change the life of thousands of people.

Rather then invest in a new network for new transport vehicles, investment should go to building tunnels, bypasses, flyovers and underground parking facilities. We already have the bicycles, motorcycles, cars and buses, there is no need to bring in expensive and inflexible trains and carriages. We just need quicker routes, better discipline and more parking space. This is more sustainable, cheaper to build and more likely to give results.

Better transport infrastructure must be more inclusive and more adaptive to the living environment! It means that children, wheelchair users, scateboarders etc can also decide when and where they go as they feel safe to make that trip. It also adapts to the living environment and not the other way around. It encourages local business and retail instead of countryside malls. Easily achievable on protective lanes filtered for cyclists, scooters and their electric equivalents riding max 20kmh

1. an underground network is not viable in malta mostly because of the water table. Most of the water that we drink and part of the tap water comes from underground water sources which are extremely vital for the maltese population 2. a tram could be build at a level above the streets (overhead) and in stages, expanding the network bit by bit. (overhead where it is feasible of course. 3. The tram network needs to be connected to the bus network.

Does anyone know what the next step will be after these ideas are filtered? Just curious.

o do, 4) make a list of major arteries that need to be done and make a plan so each year one is concluded so that we can have a proper road infrastructure within a set period of time 5) stop making maltese motorists lazy, we do not need roudabouts everywhere sometimes you need to drive a bit extra so what? 6) if its just resurfacing do it at night and quickly.

Although I agree that something needs to be done to improve the traffic system in Malta, I feel that trams, or a railway are a bit outdated. With respect to the underground system this would take an extreme amount of time for such a massive project to be executed. We must look to the future and look at what technology has to offer. Many big companies such as BMW, Tesla, Google are developing self-driving vehicles. Why not develop a system of autonomous vehicles? 😃

I suspect that the idea of a mass transport system may be overtaken by technology before it is implemented. The future will probably be micro systems, self driving cars or pods that will pickup people at their door and drop them off at destination. Mass transport needs huge car parks and distances in Malta are very short. We should encourage the private sector to invest in an Uber type of system in the short term and trust technology with our long term solutions.

I would like to add that we also need to change the way we build and service roads. We like to see ourselves as a first world country but our roads show us as truly 3rd world. 1) tenders not to be given only to cheapest bidder but based on a set of criteria including speed, disruption to traffic etc. 2) road construction companies to be given marks on each job done and this is to be used in the future when awarding tenders. 3) work to be done 24hrs so a road should take a couple of weeks max t

Although a tram will be efficient, it is costly to implement & timely. A short term solution is needed at this present time and such a system can be phased by first introducing bus lanes which can eventually become rails. Thus, removing cars from the streets and forcing people to get used to this form of transport. Also PEDESTRIAN CONNECTIVITY is VITAL. If pavements are not walkable (as current) the tram will not be used. pavements need to be atleast 1.2m wide for ALL users to be safe.

The problem with railway and underground systems that unless its a network, it has very little impact. Population density does not justify such investment. Upgrade of the transport system is indeed vital and what's better needs less time to implement: priority for electric two wheelers, restricted access to 4 wheelers. An ideal catalyst was explained in the news: https://www.timesofmalta.com/articles/view/20170521/opinion/Manoel-Island-bridge-How-it-could-save-Malta-s-transport.648537

Good idea .should be designed and custom made specifically for Malta, electric so its clean .Trams would be cool and colorful with character like the old buses and compact ie designed to take up least space .We dont need carriages to cater for 100 of people at a time

Look at the density of living on these pictures. Entire island don't have that much people! Inefficient to build metro

WE ARE DISCUSSING HERE TRANSPORT BY METRO NOT TRAM - REGARDING HAVING AN UNDERGROUND METRO WILL TAKE US 20 OR MORE YEARS TO FINISH ......... IT HAS TO BE BUILT ABOVE GROUND - HAVE A LOOK AT THE PICTURES I POSTED ON THIS SECTION

I support this idea because i have already experienced this type of Transport in several countries mainly in Dubai - a. because its environmental friendly way of Transport low to zero emissions - b. smooth Metro ride and low noise - c. it will solve our-nations-worsening-traffic-problem d. best way to avoid rush hour. pleasant experience to ride so it will attract public to use frequently - Having the metro built above ground will be much more frequented - LETS DO IT

A railway system may be a more visble system than an underground as for an underground system needs a constant flow of people in order for it to work (approximately a million people using it per day. Figure was found through a study).

I think that a railway / tube system is the only way forward on this tiny rock.

Flyovers at roundabouts would help too